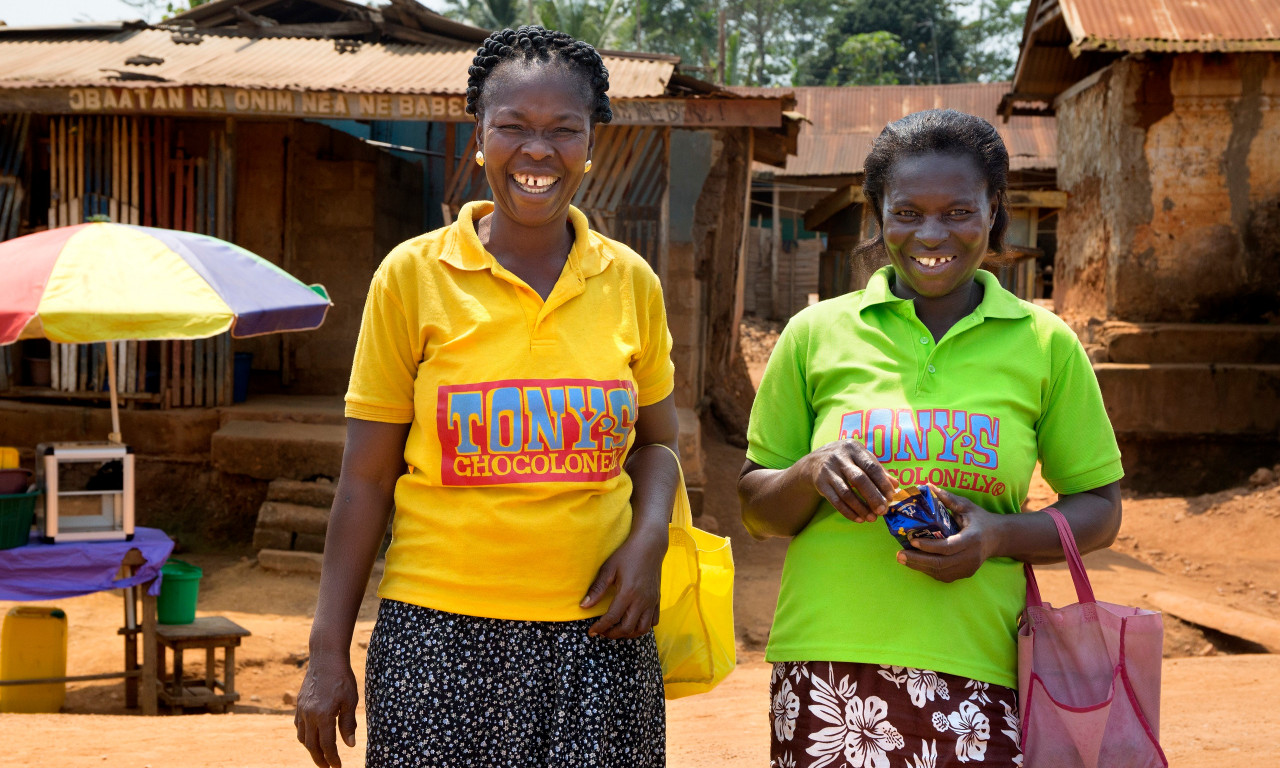 And that's no surprise. Inequality between men and women does not only exist at Dutch offices, but also on cocoa plantations in West Africa. Last week BBC wrote that women in the West African cocoa industry sometimes earn two to three times less than their male colleagues. You know, those male colleagues who are already living below the poverty line.

Just like in many other professional groups, farming is still seen as a men's occupation. Still, women in Africa make a major contribution to agriculture, but that contribution is not always reflected in the economic figures. That is because women are often concerned with taking care of animals, preparing food, collecting fuel and water and taking care of families and households. Odd fact: you can only call yourself a farmer by profession when farming is your primary source of income. And Ghanaian and Ivorian legislation makes it very difficult fo women to own land. When her husband dies, the land often goes to the men in the family. The landowner is the one who collects the money and shares it with the family. So women work long days and are - as Fairtrade wrote it - the last person in the family to go to bed.

Inequality doesn’t only exists between the beginning and the end of the cocoa chain, but also even within the farming groups at the beginning of the cocoa chain. This requires an approach that, just like the problem of modern slavery and illegal child labor, simply requires more than paying the affected group: it requires structural changes to solve the underlying problem. According to a 2014 Worldbank report, the right to own land is the greatest structural change needed to resolve gender inequality in African agriculture. A woman who owns land may, among other things, collect money, hire employees and follow training courses.

That of course does not mean that chocolate companies play no role in gender equality. What we are currently doing for women? One of the projects that falls under the Chocolonely Foundation is 100 weeks. Within the framework of this project 100 women receive 8 euros per week for 100 weeks. They receive the money by telephone and are coached in accounting, planning and saving. The target? Tackling the root cause of problems in the cocoa industry: poverty. By helping women out of extreme poverty, women become more independent of their male partners.

In recent weeks, Fairtrade put the problem under a magnifying glass with the #SheDeserves campaign. As part of their annual Fairtrade Fortnight campaign, they called for positive stories to be shared about the impact that Fairtrade makes on the lives of the women behind your chocolate bar.

PS. Curious what you can do to join' our mission..?