The cocoa supply chain is unequally divided in more ways than one. Inequality doesn’t only exist between the beginning and the end of the cocoa chain, but also even within farming groups themselves. While women in West Africa make major contributions to agriculture, that contribution doesn’t always lead to a fair reward. That’s why this International Women’s Day we’re talking about the gender-based inequalities that female cocoa farmers experience, and sharing what Tony’s does to address that inequality.

much less than a fair shake

Women play a larger role on cocoa farms than you may think. According to Fairtrade Foundation’s report, women make up two thirds of the labor force - that’s a whole lot. And women in cocoa farming communities do more than just farm cocoa too. They also take on non-farm tasks like preparing food, collecting fuel and water, taking care of families and more. In fact, when you factor in farming, household and other non-farm tasks, women’s working hours exceed those of men by nearly 30%. Women work long days and are - as Fairtrade wrote it - the last person in the family to go to bed.

And despite the massive contributions women make in cocoa communities, the average female cocoa farmer is paid as little as 32 cents a day, while male cocoa farmers earn $1.73 a day. One reason for this gender pay gap is that landowners are the ones who collect the money, but only a quarter of female cocoa farmers have access to their own land. Even when women do own land, it’s often smaller, more remote and less productive than those of their male counterparts.

Addressing gender-based inequality requires an approach that, just like the problem of modern slavery and illegal child labor, requires more than paying the affected group: it requires structural changes to solve the underlying problem. For example, Ghanaian and Ivorian legislation often prevents women from owning their own land. When a male cocoa farmer dies, the land often goes to a man in the family, not the wife or female children. However, according to a 2014 Worldbank report, the right to own land is the greatest structural change needed to resolve gender inequality in African agriculture. A woman who owns land may, among other things, collect money, hire employees and follow training courses. Resolving gender-based inequalities means closing systemic opportunity gaps like land ownership rights, because providing equal opportunity can make all the difference.

Of course, knowing that structural change is key doesn’t mean that chocolate companies play no role in gender equality. What are we currently doing for women? We're proud to partner with cooperatives that make address gender-based inequality a priority. For example, increasing the role of women in leadership positions at cooperatives is important, because women are largely under-represented there. The cooperative ECAM in Ivory Coast has made improvements in the number of female farmers within the cooperative under the leadership of their president, Assata Doumbia (below)! That’s encouraging to see.

Additionally, one of the projects that falls under the Chocolonely Foundation, which we support with 1% of Tony's revenue, is 100WEEKS. Women taking part in the 100WEEKS project receive 8 euros per week for 100 weeks (that's about 2 years) and are coached in accounting, planning and saving. The target? Tackling the root cause of problems in the cocoa industry: poverty. By helping women out of extreme poverty, women can become more independent of their male partners. 100 Ghanaian women already completed the program in 2019/2020 successfully, and 400 Ivorian women started the program in 2020. That’s a good start. 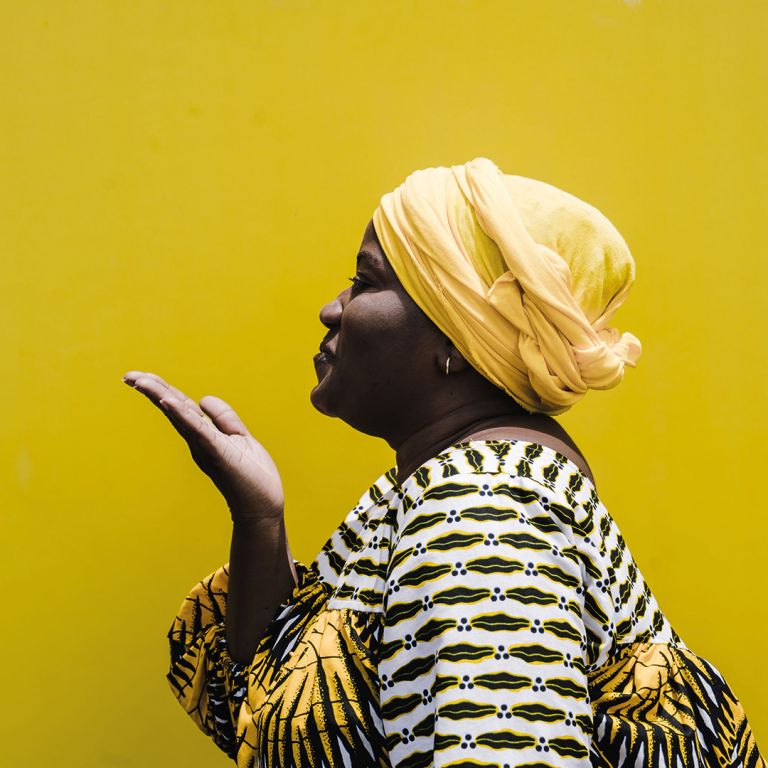 Women on cocoa farms take on the lion's share of the work and are rarely paid fairly for their contributions. Gender-based inequality is a serious problem that will take lots of attention and structural change to resolve. By playing our part in raising awareness and giving women in cocoa more of a fair opportunity, we can get closer to a more equally divided future.

Want to read more about the women behind your chocolate bar? Read Fairtrade’s report The Invisible Women Behind our Chocolate here.