a devastating drop in the price of cocoa 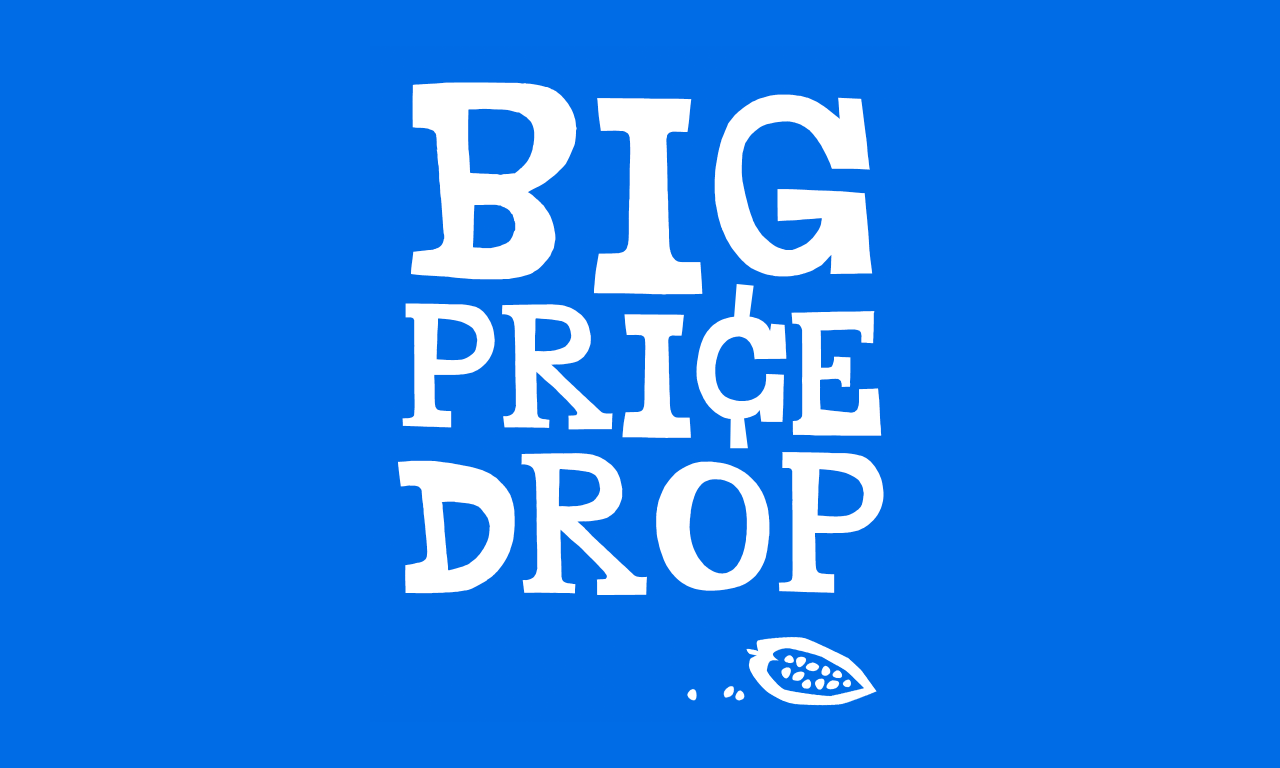 On 1 April 2021, the official price of cocoa in Ivory Coast was lowered by 25%. This is no joke for the majority of the country’s cocoa farmers, whose earnings are not supplemented by Fairtrade and Tony’s premiums to enable a living income. But it’s all smiles for Big Choco who are now paying even less for cocoa beans — with none of the savings reflected in chocolate bar pricing. How is this happening? And where does the money go?

the plot thickens when a LID is added
For the 2020/21 cocoa season, the governments of Ghana and Ivory Coast collaborated to influence a better income for cocoa farmers with a Living Income Differential (LID) fee on cocoa exports. This means Big Choco has been obliged to pay an extra $400 per ton of beans. Hardly enough to dent anyone’s profits, but possibly just enough to make them buy their cocoa elsewhere. It’s one thing to talk the talk and say you support LID, and quite another to actually walk the walk..

the story doesn’t end happily for over a million farmers
Following the Mid-crop review at the end of March 2021, the farmgate price of cocoa in Ivory Coast fell 25% to $1,341/ton for the remaining 25-30% of cocoa that will be produced during the season.

We already gave away the punchline, but we’ll say it again: the price drop in cocoa pushes farmers’ incomes even further into poverty. And poverty has shocking consequences beyond a lack of basic needs – it’s the root cause of modern slavery and illegal child labor.

wait, can we rewrite the ending?
Well, yes.. and no.. and yes. Fortunately, the farmers who supply cocoa to us and our Open Chain mission allies will not be affected in terms of the per ton price paid. This is because they receive Tony’s premium on top of the farmgate price. Tony’s premium is not a fixed amount, but fluctuates to make up the difference to the living income reference price (LIRP) 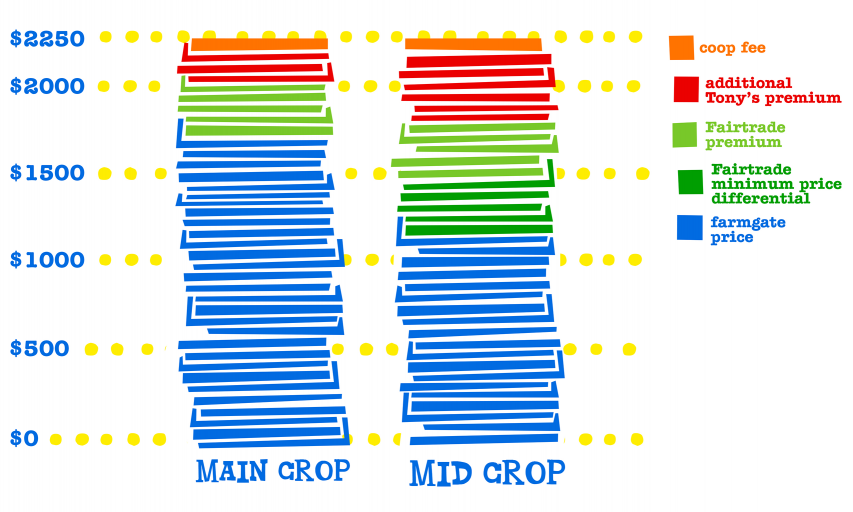 The April price drop means we are increasing the total premium we pay from $462 (+26% over farmgate price) to $909 (+68% over farmgate price) per ton. That’s almost double! You can see the change in breakdown in the graphs. But what’s not shown is even more interesting: how much more money is now going into Big Choco’s pockets. And you know, like when the oil price crashes, how petrol gets cheaper? When was the last time you thought, wow, this choco bar costs waaay less than last time?

so, that ending.. got your pens ready?
On our side, we’re continuing to call on all chocolate companies to make a living income the norm and start using the LIRP model. Cocoa farmers deserve to earn a living income, no matter what. On your side? Maybe there are some big questions you’d like to ask Big Choco..

Check out our Instagram stories to join the conversation.

Our mission is to end illegal child labor and modern slavery in chocolate. Not just ours, but all chocolate worldwide! And we can't do that alone. You. can help us achieve that mission. By becoming Serious Friends with Tony's you can stay up to date on recent mission developments, get the scoop on new products and even receive tools to help us take action. And because friendship always comes with perks, we'll also send you some sweet offers from time to time..